A 26-year-old man alleged to have defiled a Class 8 pupil while on her way to school in Nyeri County, has been freed on bond of Ksh.500,000 and and similar surety amount in a court in Nyeri county.

The media reports indicate that the suspect by the name Nicholas Mwai was on Thursday freed on a Ksh.500, 000 bond and similar surety by a senior Magistrate Principal in Nyeri law court, after finding out that the witnesses were not in court during the day of hearings.

Initially, the suspect had asked the court to release him on cash bail, but the Chief Magistrate denied his request citing that the offense was serious, and defilement cases have been mushrooming in the region.

However, he later decides to free him on bond, and the case postponed until further notice, following that there were no witness turned up for the hearing on that particular day.

According to prosecutor the suspect is accused of defiling a standard eight pupil repeatedly in the bush, while on her way to school.

From his information, the court also find out that the victim is still under medication, after allegedly suffering from injuries due to force the suspect use in while carrying out the sinful act.

“The class eight pupil sustained major injuries that have seen her in and out of the hospital for the last one month,” the Prosecution desk reports.

Prosecutor further said the victim could not present herself before the Court due to her health condition, and since she is still under medication.

“My client could not make it to court today because she was having an appointment with the doctor,” the prosecutor said. 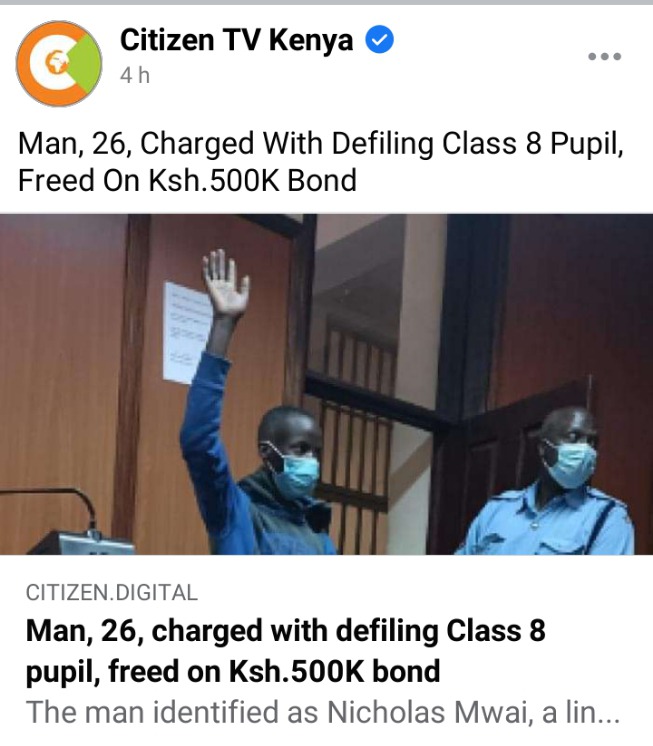